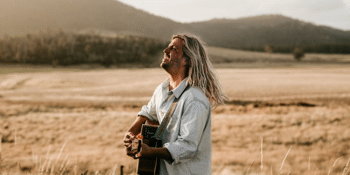 with Dusty Boots
The Cambridge Hotel (Newcastle, NSW)
Sunday, 18 April 2021 8:00 pm
1 day away
18 Plus
Acoustic
Folk
Send this event to
A highlight has been supporting Milky Chance on their last tour of Latin America.
Felipe arrived in Australia after touring Indonesia performing at iconic venues such as Old
Mans, The Cashew Tree, and Deus Temple.

Since arriving in Sydney (August 2018) he has converted a van into a "rolling home &
studio" and has been performing around Australia at house concerts, venues (The
Northern Byron Bay, Solbar Sunshine Coast, Miami Marketta Gold Coast, etc) and
festivals (Falls Fest, Lorne 2019) as well as beginning work on his second album ‘Only
Light’.

He is currently based in Byron Bay and has been touring, supporting and performing
alongside Jack Botts, Tay Oskee, The Dreggs, Kyle Lionhart, Dusty Boots and Ben
Camden, and can be seen regularly sharing his music as an integral participant of the
Byron busking community.

After releasing his second album ‘Only Light’ on the 7th of December
2020 and playing sold out headline shows in Queensland (Miami Marketta, Solbar, Soundlounge) and New
South Wales (The Northern, La La La’s, The Vanguard, Cambridge Hotel); Felipe just
announced his new single ‘Astronaut’ coming out in April and a tour of Australia to further
celebrate ‘Only Light’ and his upcoming release