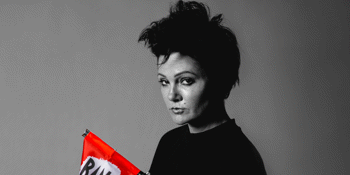 with Aimee Francis
The Grace Emily Hotel (Adelaide, SA)
Thursday, 16 April 2020 8:00 PM
17 days away
18 Plus
Rock
Send this event to
Aussie rock royalty Sarah McLeod has announced her new single Killin It Til I’m Dead, an absolute firecracker of a song about undying, unwavering confidence, out now.  Killin It Til I’m Dead is the product of an ingenious new songwriting podcast Hatjam from Eskimo Joe’s Kav Temperley, on which Sarah was a guest and voila, the song was born.  To celebrate the release, Sarah will be hitting the road in April and May, kicking off in Geelong at The Workers Club on April 2, then moving through regional and metropolitan cities in Victoria, Queensland, South Australia, Western Australia and New South Wales, wrapping up on May 2 at The Vanguard in Newtown, NSW.

Killin It Til I’m Dead is another classic cut from Sarah Mcleod, who first found fame in the late 1990s with 3X ARIA Award winning rock band The Superjesus.  The wonderfully unique thing about this song is that fans can listen in on its conception, from beginning to end, on Hatjam.  Inspired by Kim Wilde’s Kids In America, Sarah explains a little more about the songwriting process, saying, “Hatjam is a live songwriting game in which the guest and Kav write a song on the spot while being recorded for the podcast.  I was Kav's first guest and appeared on episode one .  Killin It Till I’m Dead was the fruit of our labour.  It’s a comedic look at using self-generated confidence to overcome the blues.  You can hear the song being written from scratch on the podcast – amazing!” Listen to the Killin It Til I’m Dead podcast.

Sarah will be performing solo on her extensive upcoming tour, and this powerhouse and self-confessed lover of touring has some seriously impressive plans for the shows, explaining, “Last year I put a unique show together for the Melbourne Guitar Festival.  I had designed a guitar that plays bass as well, and curated a show around the new sound using triggers to create a full band sound.  I love the idea of being able to put on a rock show totally solo -  maybe it’s because I'm a self confessed sonic power freak but I love the challenge of trying to do everything by myself.   Fans of the softer acoustic numbers won’t be disappointed though, as I throw in a couple for diversity.  It’s a very dynamic show.  Killin It Til I'm Dead was not written with a release in mind, but it fit so well in my new electric set, so I decided to take it on the road and make it part of the family.  I'm really excited to break away from the solo acoustic thing and stand up and rock a one-woman full production show.  What’s the worst that can happen?  I’ve already toured with a broken leg!”