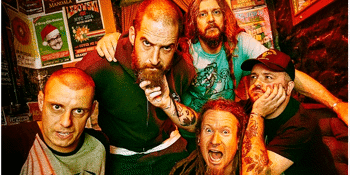 With Special Guests
The Cambridge Hotel (Newcastle, NSW)
Saturday, 18 September 2021 7:00 PM
45 days away
18 Plus
Hardcore
Music
Australian Artists
Send this event to
Ten years is a hell of a long time to be in a band, let alone being in the gargantuan touring wrecking machine that is King Parrot. Broken teeth, skinned knees, black eyes and empty cans are all in a day’s work for the boys in KP! And ten years of surviving this beastly ride is more than reason enough to hit the road and celebrate it with their hordes of fans all around Australia. Now that restrictions have eased and there’s been a “dipping of the toes” back into the live foray, King Parrot are excited to get back out onto the live circuit to celebrate their 10-year anniversary.